A Life Of My Own

Meditations On Hope And Acceptance

The daily readings in A Life Of My Own  ask us to truly reflect on our relationships with people in our lives who are dealing with alcoholism or other substance use and addiction — and more importantly, to establish and improve a relationship with ourselves.

When we love people who use or abuse alcohol and other drugs, we can get so wrapped up in trying to understand and “fix” the addiction problem.  It is easy to lose sight of ourselves and stop living our own lives.  Designed for personal growth, this collection of readings by beloved recovery author Karen Casey inspires readers to invest in themselves again by addressing the feelings of desperation and frustration at the core of codependency.  With the wisdom of Twelve Step principles, relatable anecdotes, and helpful recovery insights, readers can build a daily practice of reflection, inspiration, healing, and meditation.  The simple, straightforward quotations and affirmations in A Life Of My Own  offer the strength and courage we all need for true freedom.

Encouraging you to connect with your spiritual and emotional health, as well as build self-esteem, serenity, and acceptance, Casey reflects on the type of healing that helps us return to living.

Karen Casey’s love of writing began in elementary school, but when she was completing her doctorate at the University of Minnesota, it emerged as her calling and the process that connected her to her Higher Power.

Passionate about helping others in Twelve Step support groups, where her own recovery from addictions began many decades ago, Karen authored her first book, Each Day a New Beginning.  A recovery classic first published in 1982, the book has sold more than 3 million copies.  It was followed in 1983 by The Promise of a New Day, which has sold more than 1.5 million copies.  In the years since then, she has written 27 additional books.

Karen splits her time between Minnesota and Florida.  Active with conferences and workshops, she can frequently be found at appearances all over the country. 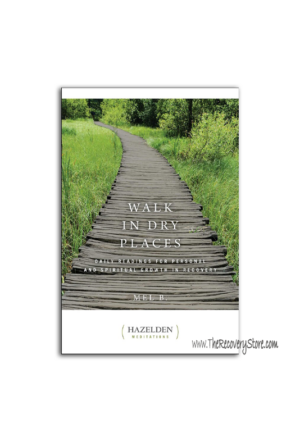