Detachment: The Art of Letting Go While Living With An Alcoholic

Excerpt:
“Over the past few decades, experts have increasingly recognized that alcoholism is a primary, progressive, and chronic disease that, if unchecked, can be fatal.  Many have failed, though, to realize that those closest to the alcoholic, primarily the family, generally suffer psychological damage and often become as emotionally distressed as the alcoholic himself.  Given the common effects of the disease of alcoholism and the society we’re raised in, it’s all but impossible for those around a drinking alcoholic not to be drawn into the sickness.  Such persons, especially the family members, are apt to become anxious and fearful and to develop feelings of low self-worth, anger, and resentment.

In short, they’re likely to develop their own emotional illness in connection with another’s alcoholism, and they, too, need help in dealing with the problem…  The feelings of anger, shame, and guilt associated with family alcoholism come from the constant confusion, conflict, unpredictability, inconsistency, mistrust, and sense of failure that each member experiences.  The family victims seldom learn without outside help that they didn’t cause the disease and that they can’t control it.” 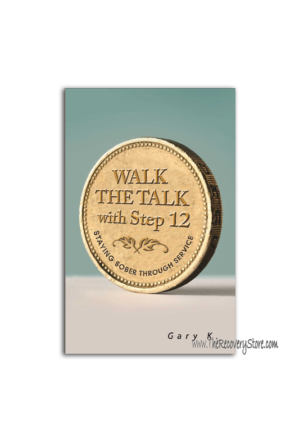