A Biography of Mrs Marty Mann

The little-known life of Marty Mann rivals a Masterpiece Theatre drama.  She was born into a life of wealth and privilege, sank to the lowest depths of poverty and despair, then rose to inspire thousands of others, especially women, to help themselves.  The first woman to achieve long-term sobriety in Alcoholics Anonymous, Marty Mann advocated the understanding that alcoholism is an issue of public health, not morality.

In their fascinating book, Sally and David Brown shed light on this influential figure in recovery history. Born in Chicago in 1905, Marty was favored with beauty, brains, charisma, phenomenal energy, and a powerful will.  She could also out drink anyone in her group of social elites.  When her father became penniless, she was forced into work, landed a lucrative public relations position, and a decade later was destitute because of her drinking. She was committed to a psychiatric center in 1938-a time when the term alcoholism was virtually unknown, the only known treatment was “drying out,” and two men were compiling the book Alcoholics Anonymous.  Marty read it on the recommendation of psychiatrist Dr. Harry Tiebout: it was her first step toward sobriety and a long, illustrious career as founder of the National Council on Alcoholism, or NCA.

In the early 1950s, journalist Edward R. Murrow selected Marty as one of the 10 greatest living Americans.  Marty died of a stroke in 1980, shortly after addressing the AA international convention in New Orleans. This is a story of one woman’s indefatigable effort and indomitable spirit, compellingly told by Sally and David Brown. 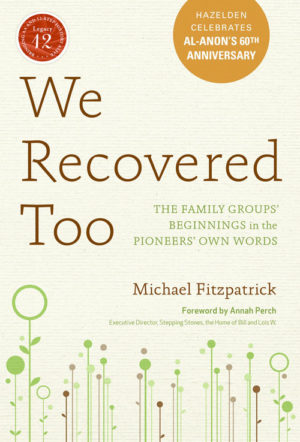